New York has a wide variety of places to visit such as Niagara Falls, miles of beaches, mountainous state parks, and quaint country towns. Growing up on the South Shore of Long Island, one of my favorite spots was New York City. New York can be pricey, but this guest post outlines some great things to do in New York City for free.

Things to do in New York City for free

New York is one of the most expensive cities to visit, but it really doesn’t have to be! It’s still possible to explore New York City and have an adventure without breaking the bank. Simple, with these things to do in New York City for Free.

New York City is surrounded by skyscrapers, big beautiful parks, memorials, shopping and so much more. What is not to love about New York City?

Whether you’re a solo traveller, travelling as a family or just looking for a cheap weekend getaway, there’s plenty of things you can still do in New York City for free.

Notable buildings to see in New York City for Free

This busy transportation hub, sees about 750,000 people pass through the station every day. Making this one of the most visited locations in New York.

A landmark destination due to its unique design and architecture. The main concourse of the station is the main place to visit. With the gorgeous clock balancing on the top of the information centre. But slowly move your gaze up, to see the magnificent celestial ceiling.

Have fun with visiting the whispering gallery, located near the Oyster Bar and Restaurant. Two people stand in opposite corners and whisper messages, while the rest of the station rushes by. The sound waves of the whisper bounce around the curved arches and received on the opposite corner by the listener.

The food hall, is located in the lower concourse of the station, with a variety of cuisines.

This quintessential, iconic building gets its name from its shape resembling a flat iron.  On its completion back in 1902, it was the tallest building in New York city.

This unusual shape, makes it even more interesting to visit, as it stands out from the other regular shaped buildings in the area. The best spot to see its shape, is at the traffic island between Broadway and Fifth Ave.

The area has vastly changed over the last 10 years plus, for the better.

Once a bland PATH and subway station, exited to the World Trade Centre. It’s now been replaced by the fresh design of the Oculus. The interior is so spacious with shops and food outlets. On ground level, it really isn’t possible to think there is something so large beneath your feet.

The Oculus opened in 2016 following the terrible events of 9/11. It forms part of the World Trade Centre Transportation Hub. The terminus connects travelers with 11 subway lines, the PATH and has many shops and restaurants.

Streets you must visit in New York City

Love street art, then this has to be at the top of your list of things to do in New York City for free. Discover some fantastic art displays, from the mural project, subway graffiti, to masterpieces on shops, residential and restaurant buildings and so much more.

Street art has changed over the years, starting in the 1970s as a form of protest, with graffiti tags painted on subway carriages and buildings, to more colourful displays of art today.

One of the best displays in our opinion is the mural project located in the area of the Oculus, One World Trade Centre PATH Station and the 9/11 Memorial. The colours and designs are just amazing, it’s like standing in a free art gallery, while the city passes you by.

Other such noteworthy street art to explore are located in Williamsburg and the Bronx.

Times Square is often referred to as the centre of the universe and one of the busiest pedestrian areas in the world. It sees an estimated 330,000 visitors a day.

The bright sparkling lights from the billboards is the main attraction. But many are not just stopping for the lights. Many are passing through Times Square to a famous Broadway Theatre show.

It’s previous name until 1904 was Longacre Square. That was until the New York Times moved its headquarters to the area.

The first New Year’s Eve Ball drop was in December 1907 and has become an annual event since, with growing popularity over the years. Millions of people watch this famous event from all over the world.

Are you brave enough to visit during December and stand in the bitter cold, with the thousands of other people, to watch the ball drop? If you do brave this famous event, then fear not, it is free. But you will need to get there early.

Parks to visit in New York City for free

Central Park is the most popular in New York. But surprisingly it is only the 5th largest in the city at a size of 863 acres (349 hectares).

There’s so much to see and do, from ice skating in the winter, to sun bathing on the green in the summer. Join an exercise class, play a sport on the sports court or go for a run around the park to stay fit and healthy.

Many statues and monuments are located around the park, for you to explore. If you’re traveling with children, why not let them run off some steam in the number of play parks.

How many movie spots did you discover?

One of New Yorks iconic bridges and was once the longest bridge in the world, when it was built in 1883.

To get the best view of the Manhattan skyline, Brooklyn skyline and the statue of liberty, walk the nearly 1600-foot bridge from Brooklyn to Manhattan. It can get very busy and congested. By taking a sunrise walk, not only could you get the best views, but there’ll be fewer tourists.

This is a real somber and emotional place to visit, but the new design has done it justice.

The twin towers once stood in the middle of Lower Manhattan, until that unforgettable day on 09/11/2001. We all know what happened.

Two memorial pools have been designed exactly where the original Twin Towers once stood. Surrounding the memorial pools are the names of the people who lost their lives. It doesn’t matter if you haven’t lost a loved one from that terrible day, but you will want to visit just to pay your respects.

The names of all the people who lost their lives in 2001 and 1993 are inscribed around the two pools. Liberty Park offers great views of the Memorial, look out for the World Trade Centre Sphere.

The sphere survived the collapse of the Twin Towers. Although visibly damaged, it was removed, cleaned up and placed in Battery Park. It has since been moved to Liberty Park, where it remains as it’s home.

Built in 1766, making this the oldest building in Manhattan and would have once been the tallest building in New York. Over the year St Paul’s Chapel has withstood the great fire of New York City in 1776 and the September 11th attacks.

The exterior of the building retains its beautiful and dated architecture. The interior is a peaceful and quiet area to get away from the busy New York City streets.

More memorabilia about September 11th can be found in a room within the Chapel.

Museums to visit in New York City for Free

Free on Mondays between 3:30pm-5pm

With over 4000 images, artifacts and 500 hours of video footage detailing the events leading up to the 9/11 attacks and then the days, weeks and months following. The last remaining piece of steel that left ground zero, is on display in the museum.

Other artifacts to look out for, are the telecommunications antenna that was at the top of the towers, the damaged fire engine that was in attendance and the stairwell that saved many people’s lives.

Listening to the loved ones talking about the family members that they have lost, is one of the most emotional sections of the museum.

So, it really is possible to visit one of the most expensive cities on a budget and still have an adventure, with these things to do in New York City for free. We hope that you enjoy visiting New York City without breaking the bank balance.

Have you visited New York City? What was your highlight? Would you recommend anywhere else that is free that we haven’t included in this list? We would love to hear from you, simply leave a comment below.

Studies show that people’s mental and physical health benefit from spending time in nature and with animals. What better way to benefit from both than to experience some of the best camping in Florida along with the animal encounters of Show by button 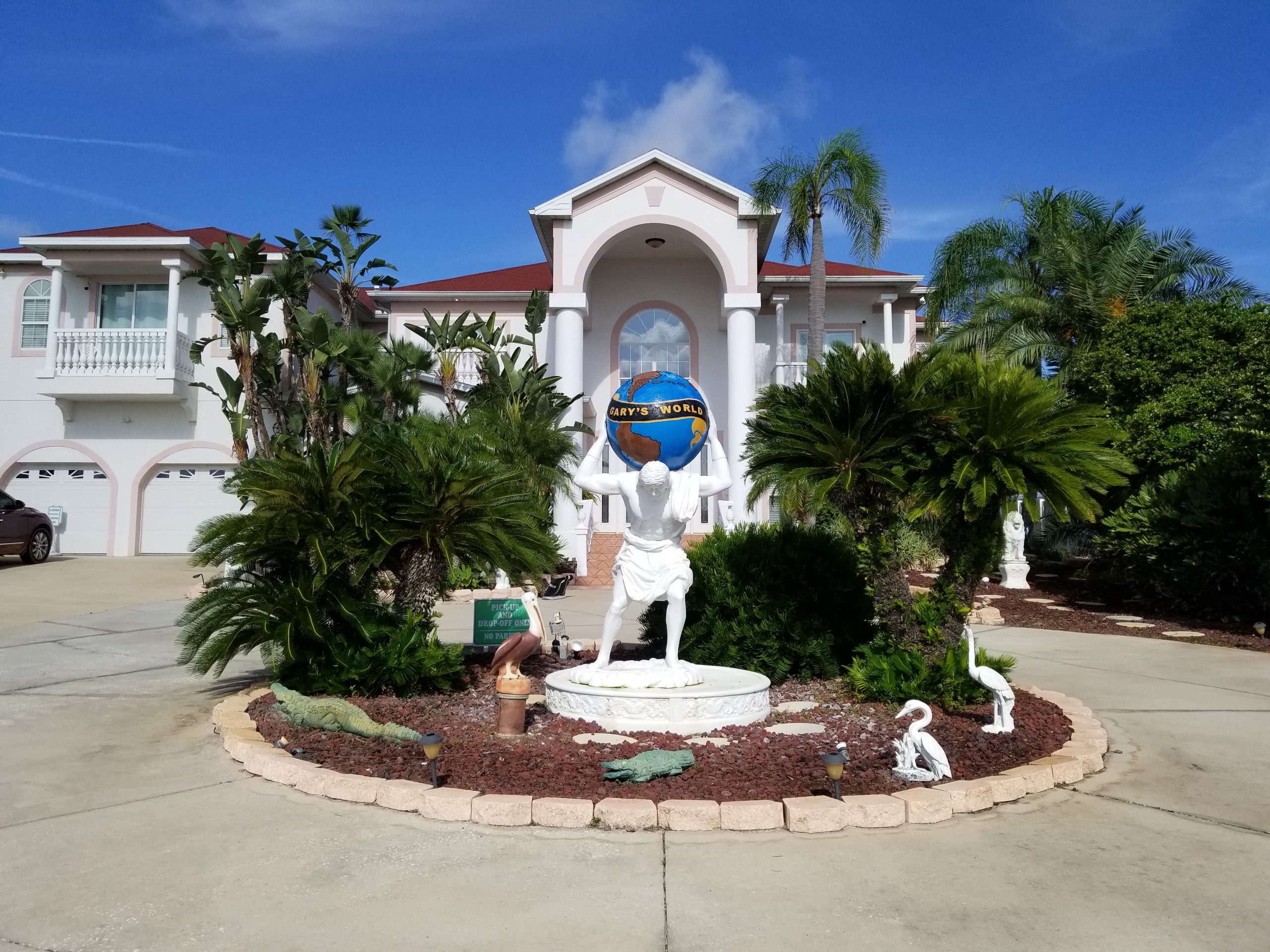 The Coolest Airbnb: Feel the enchantment of Gary’s World

My husband Dan and I travel extensively in Florida and are always on the look out for a unique Airbnb. During the past year I have especially searched for the coolest Airbnb stays since we were trying to keep out Show by button 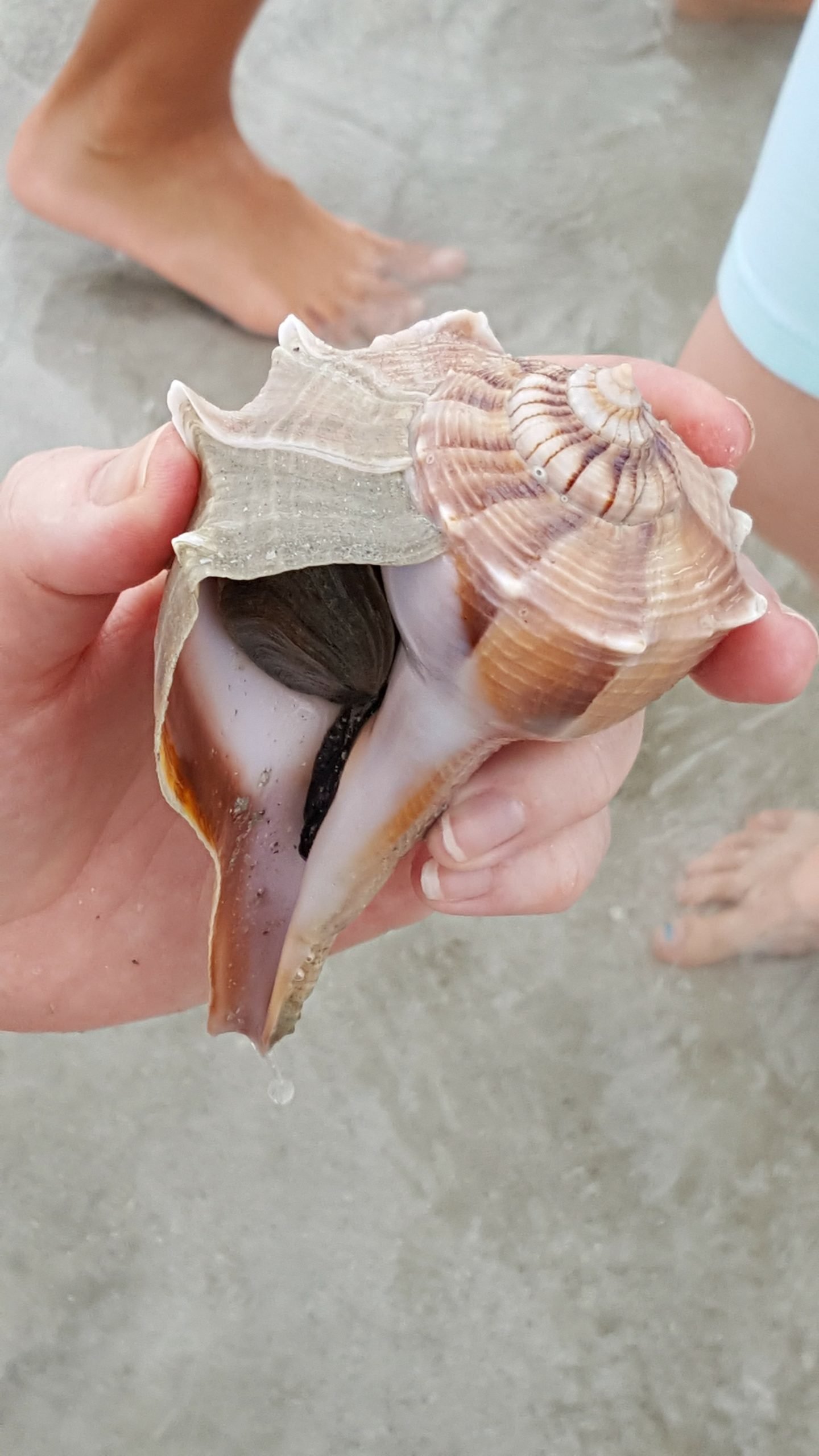 Sanibel Florida, free yourself from your worries

Subscribe Here Building castles in the sand While it is now November, and I finally decorated for fall, I can’t help yearn for a little more summer. So I take a few moments to reminisce about Sanibel Florida, a place Show by button 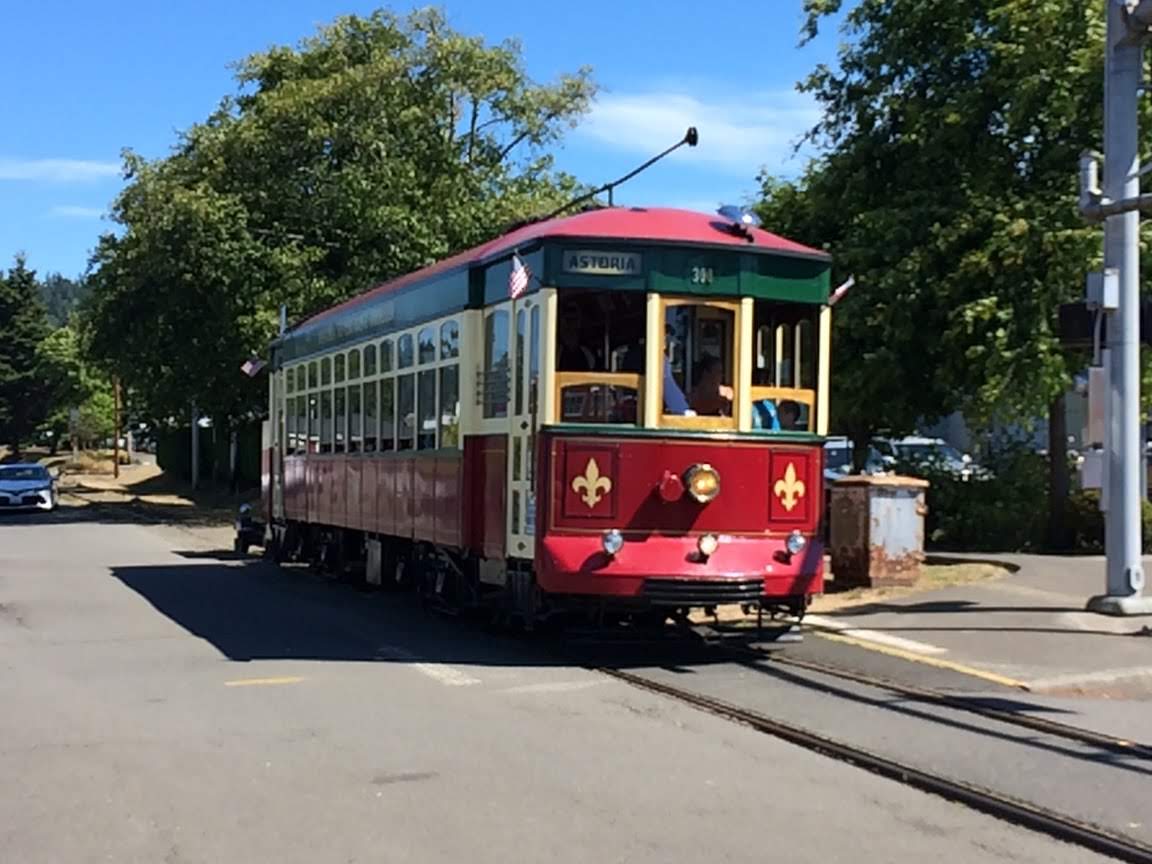 My sister Karin moved out to Portland, Oregon some years ago. Since we live on opposite coasts, and I live down south and she up north, we don’t get to see each other as much as we would like. However, Show by button 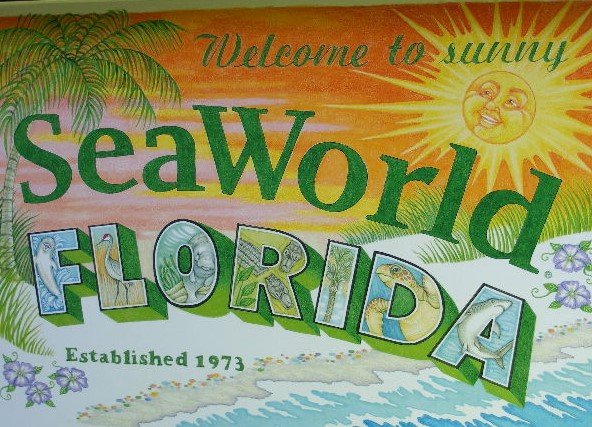 I have always loved Sea World FL, as it doesn’t overwhelm your senses as much as Disney, plus you get to interact with nature. Some years back they had great deals where you pay for a day and get to Show by button

10 Things to Do in New York City for Free

New York has a wide variety of places to visit such as Niagara Falls, miles of beaches, mountainous state parks, and quaint country towns. Growing up on the South Shore of Long Island, one of my favorite spots was New Show by button 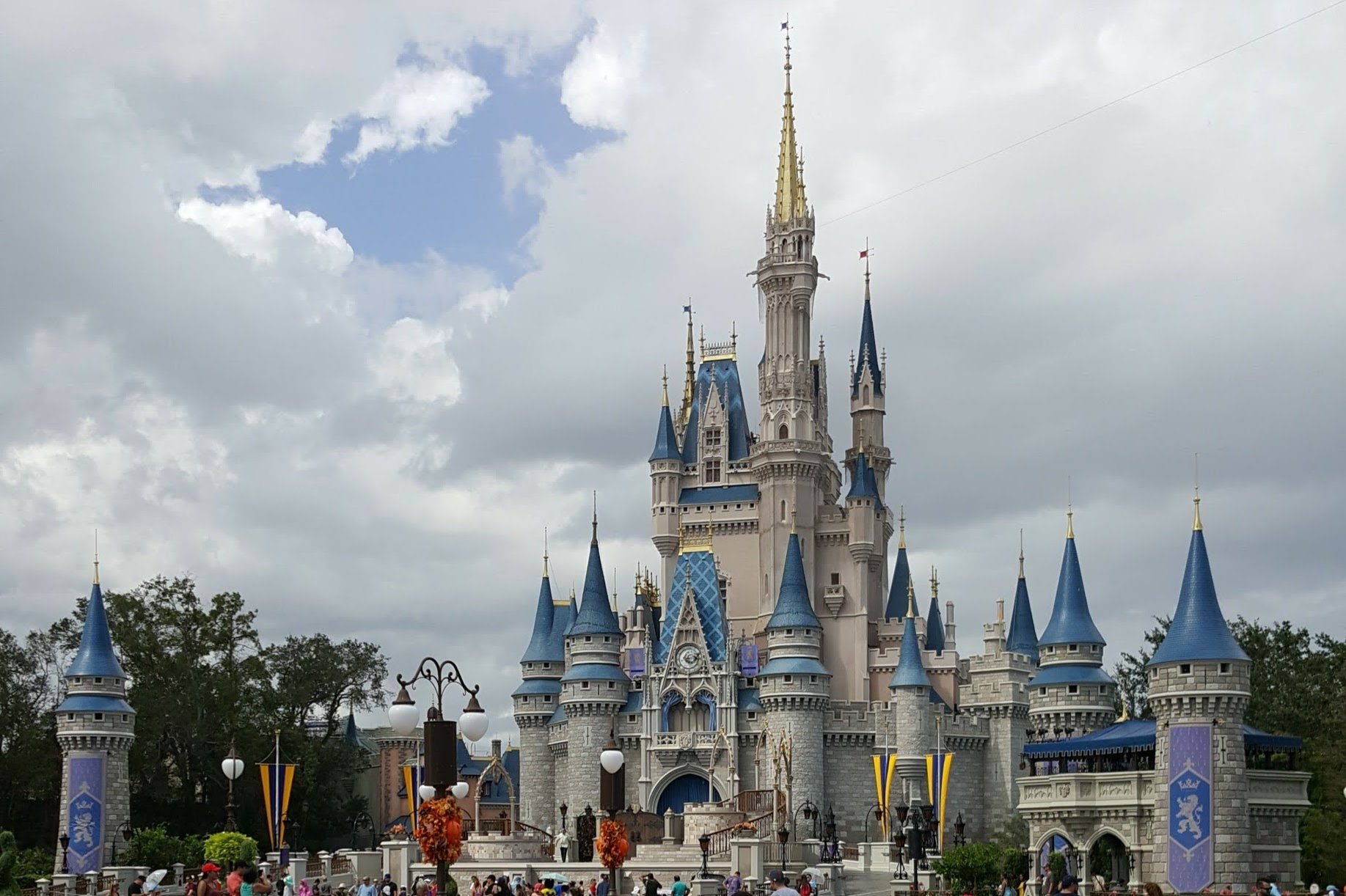 Camping at Disney World, How to Enjoy the Magic

We all love the Disney Theme Parks, but did you know that you can go camping at Disney World too? Set on 750 acres, Disney’s Fort Wilderness provides a Frontier themed nature experience accompanied by Disney amenities. Observe deer, rabbits, Show by button 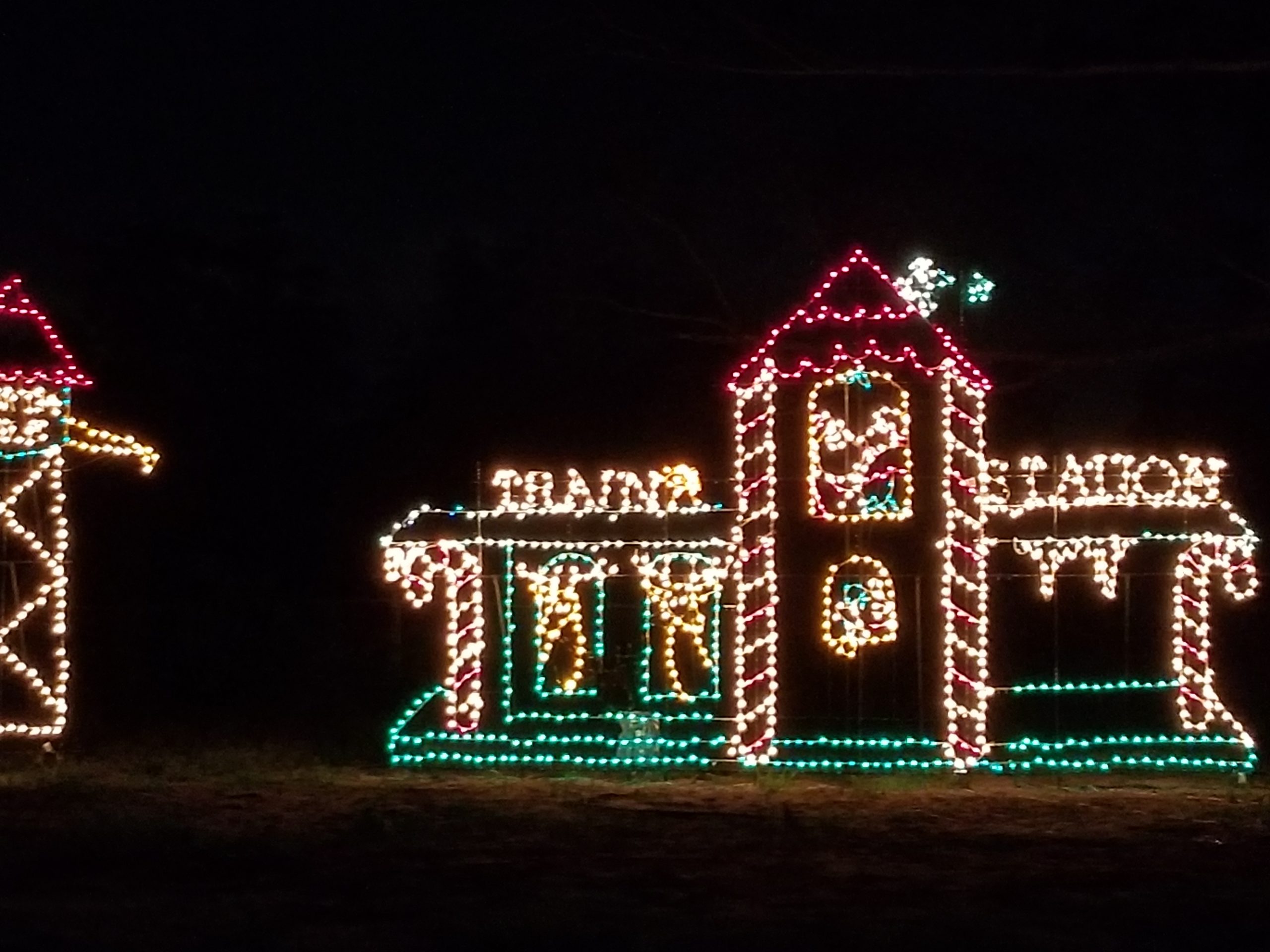 South Florida for Families: 20 Greatest Things to do

I have composed this list of South Florida for families based on attractions I have enjoyed over the years with my own family. Whether you already live here or are planning to purchase a time share so you visit again Show by button 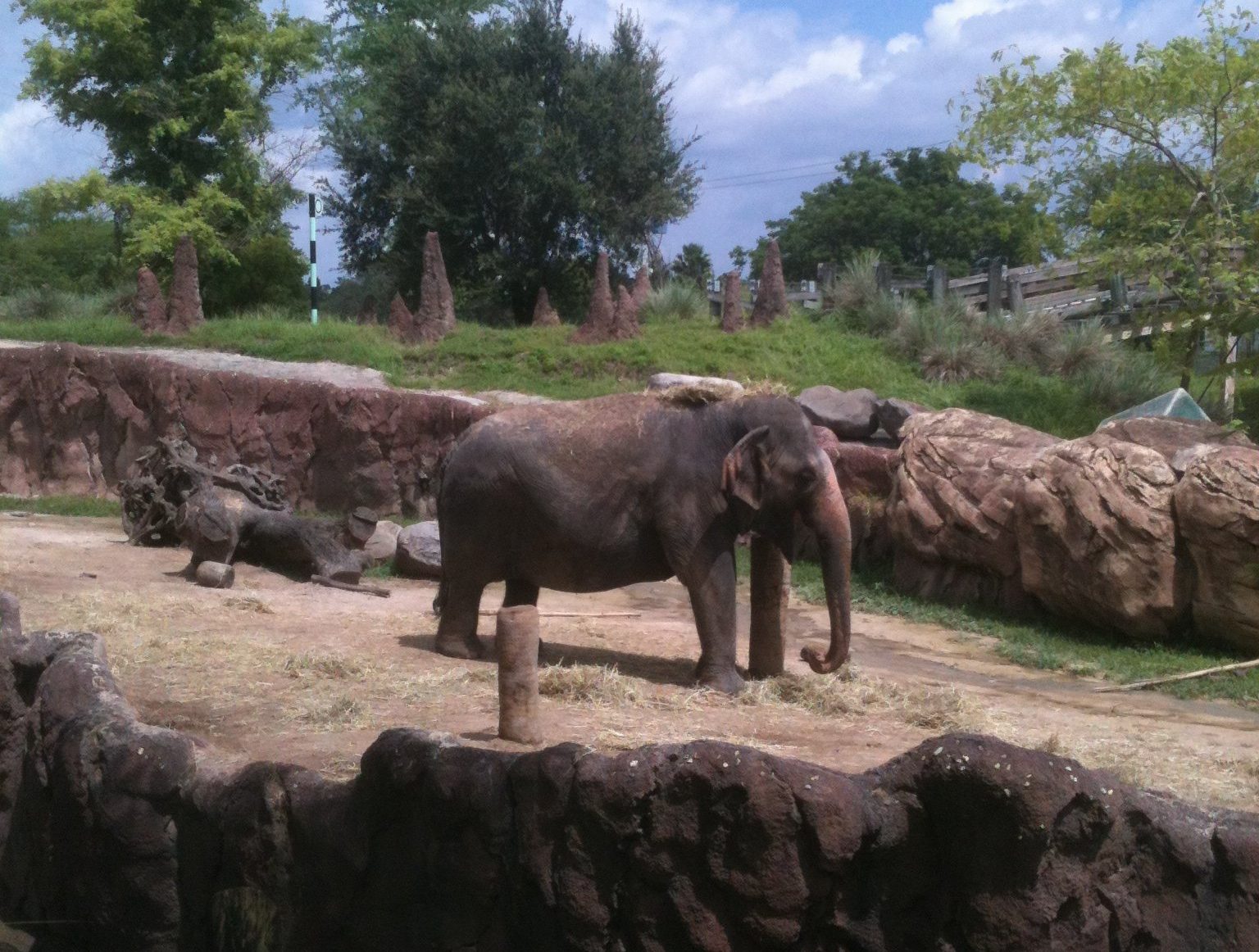